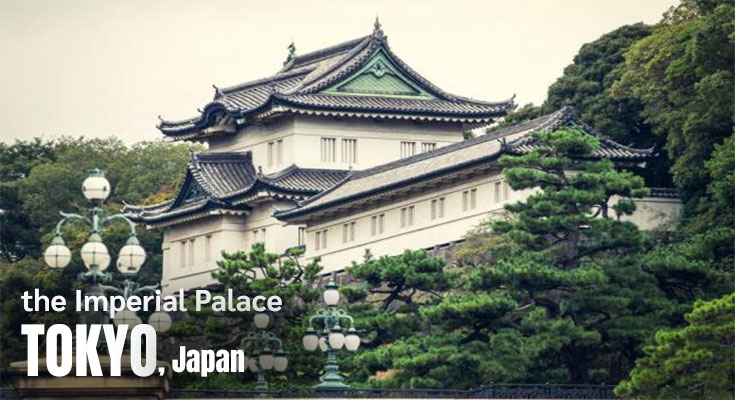 While the Imperial Palace is one of the top attractions of Tokyo, it’s never mobbed with tourists due to its application policy that limits the number of visitors. Located in the Chiyoda district of Tokyo, the Imperial Palace is still used by the Emperor of Japan and the royal family. Because of its great historical significance, it is hard to get access to the side, specifically to the inside of the actual palace.

The Imperial Palace features scenic gardens with tons of shady spots and open fields. You can take a tour of the East Garden, a part of the Imperial Palace complex. If you visit Tokyo during cherry blossom season, you can revel in the beautiful seasonal foliage surrounding the palace.

Go Shopping in the Ginza District

Tokyo’s eclectic shopping scene can be best enjoyed in the Ginza District. Tokyo has Ginza just like Paris has the Champs-Élysées. The neighborhood features all types of shops and stores, ranging from big-name retailers to locally owned boutiques.

The shopaholics’ sanctuary also houses tons of specialty stores and high-end design houses like Armani, Cartier, and Dior. From chopsticks to kimonos to incense, you will find plenty of traditional Japanese items here. You can also find a plethora of unconventional products like handmade buttons and charcoal-infused beauty products at speciality stores in Ginza District. Even if you are not a shopping enthusiast, Ginza won’t let you get bored. The neighbood is an arts hub, featuring over 200 galleries and plenty of theaters.

After you are done shopping, you can catch a traditional kabuki performance at Kabuki-za Theater or have an authentic Japanese meal at a Michelin-rated restaurant nearby. You can also watch live performances at Shimbashi Enbujo or Yomiuri Hall,

You can spend as much time as you want at both observatories of the building. You can even view Mount Fuji on a clear day. The best time to visit the building is at sunset.

Cat Street features a great variety of vintage clothing stores, boutiques, and upscale emporiums. If Takeshita-Dori is too intense for you, you should head towards Omotosando and take in Cat Street that runs between Omotosando and Shibuya. The street has fewer crowds and is calmer than other shopping hotspots in the city.

There are plenty of cozy cafes and elegant restaurants on the street. Whether you want to enjoy Japanese staples or try pan-Asian cuisine, Cat Street won’t disappoint your tastebuds. If you want to skip high-end restaurants and try street-food, you should head to the north corner of the street. You’ll find many hall-in-the-wall eateries and food trucks there.

There is no better place to explore the rich history of Japan than the Nezu Museum. The museum features a curated selection of Japanese artwork. The museum also showcases Japanese screens from the 17th and 18th century. As you explore the beautiful artwork and literary pieces, you can enjoy green tea and traditional sweets from the tea rooms of the museum.

Whether you want to have a picnic with your friends or simply revel in the greenery, Ueno Park is one of the best public parks in Tokyo. The park houses Tokyo Metropolitan Art Museum, National Museum of Nature and Science, Ueno Kaneiji Temple, Ueno Toshogu Shrine, and Ueno Kiyomizu Kannon Temple among other popular sites.

Ueno Parkregularly hosts entertainment events, date nights, and cultural festivals, all of which are worth attending. The park also features an exquisite lake filled with water lilies. Animal lovers can spend their time making new friends at Ueno Zoo which features more than 3,000 animals. After you have explored all the treasures of Ueno Park, you can take a break at Mori Park Side Cafe. They serve a variety of Japanese dishes, including ramen, sushi, gyoza, soba, and tempuras among other staples.

While you are in Tokyo, you must embrace the city’s food culture. The Ueno area features some of the best spots to treat your taste buds. You should take a Ueno Food Tour to explore all culinary options in the area. During the tour, you can learn all central components of Japanese street food.

Akihabara features an impressive display of anime, neon, and all things Otaku. You can spend an entire evening at Electric Town, exploring iconic electric shops. It is the most colorful and flashy part of the city.  From cosplay outfits to photography gear to electronic equipment, you’ll find everything in the Electric Town. Even if you don’t want to shop, you can simply stroll through the neon-lit streets and soak up the atmosphere. 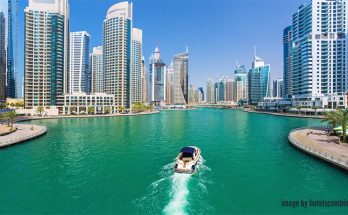